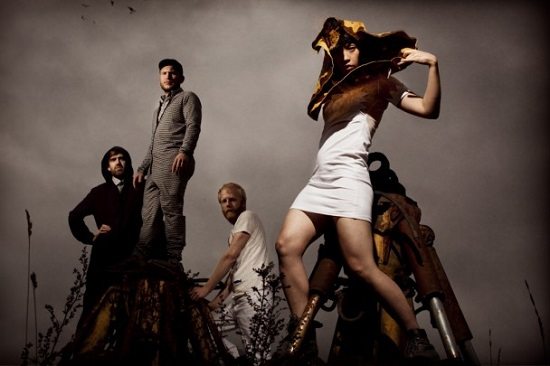 It's official, Little Dragon is BACK! Though they announced the upcoming release of their album Nabuma Rubberband and even gave us a peak into their recording process, their return wasn't official until they released "Klapp Klapp," Nabuma Rubberband's official first single. "Klapp Klapp" is everything you'd expect from an LD release. Somehow, they've combined elements of jazz, pop, rock and electronic music with a driving beat to create another transfixing groove that only they could've spawned. All the elements of the song are pulled together by an arresting vocal from frontwoman Yukimi Nagano that takes it all to another level. If you were worried that Little Dragon might lose a step with their next release, worry no more. You'll get "Klapp Klapp" when you pre-order Nabuma Rubberband on iTunes right now. The entire set will be released in the US on May 13th. Listen to "Klapp Klapp" right here, right now!


TAGS:  audio, little dragon, yukimi nagano
Previous: Is It Safe To ‘Like’ Omarion Again? Next: You’ll Want To Give denitia and sene. A ‘call’