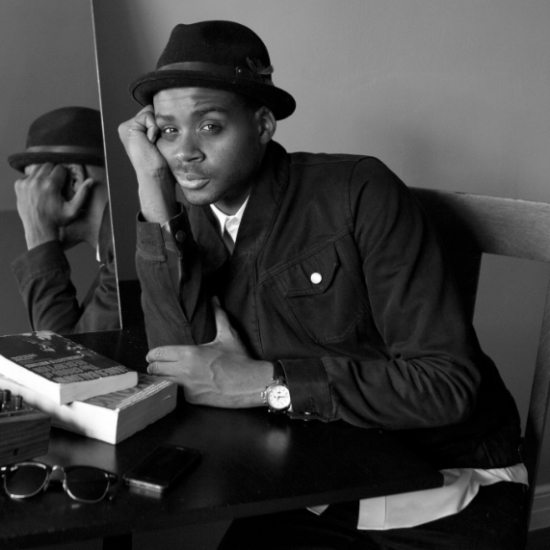 Anyone who has seen José James perform live will know that it's not just the the singer's rich baritone and smoldering stage presence that make it an unmissable show, he also has some of the best musicians in the game right on stage beside him. His exact line-up varies, but pianist-extraordinaire Kris Bowers is a staple figure for reasons that become abundantly apparent once he begins to play. Following in the footsteps of fellow James collaborator, trumpeter Takuya Kuroda, Bowers is set to step out of José's shadow this March with an album of his own.

Heroes + Misfits sees Bowers lead his own sextet, which features some of the most respected names in jazz and soul: alto saxophonist Casey Benjamin, tenor saxophonist Kenneth Whalum III, guitarist Adam Agati, bassist Burniss Earl Travis II and drummer Jamire Williams. In addition to an already ridiculously talented line-up, Bowers has employed the vocal talents of Julia Easterlin (on lead single "Forget-Er"), friend and mentor José James and SoulBounce fave Chris Turner, with the latter appearing on the latest track to surface from the album, "#TheProtester." Inspired by Time magazine's choice of The Protester as their "2011 Person Of The Year," the track is a piano-driven tour de force showcasing some great  interplay between Bowers and Benjamin in particular. A heartfelt spoken/sung interlude from Turner, backed by Benjamin's vocoder, rounds off the track nicely.