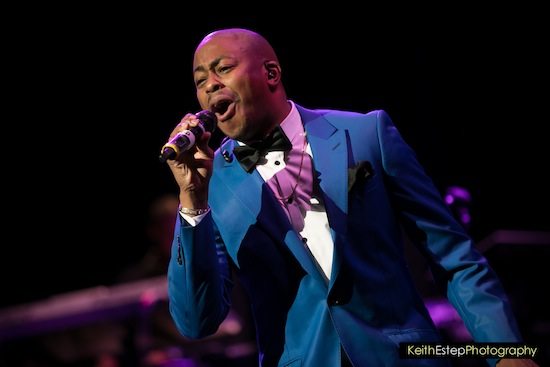 DMV soul star Raheem DeVaughn came home for the holidays, and he brought some talented friends with him to perform at the Howard Theatre in Washington, DC. He treated those in attendance on Monday, December 23, 2013 to a tight concert that included songs from his stellar new collection, A Place Called Love Land, and selections from his deep catalog of hits.

Raheem shared the stage with a few surprise guests during this Christmas Eve's eve show.  Music fans were delighted to see and hear Estelle, Y'Anna Crawley, Jazz from Dru Hill, Biz Markie, Sugar Bear from EU and Big G and Weensey of Backyard Band. All these artists brought their R&B, hip hop, gospel and go-go flavors to the Howard Theatre for a night that no one wanted to end. But when it did, Raheem thanked everyone for coming out and promised that he'd make his holiday show an annual event. Far be it for us to rush through 2014 to next Christmas, but we already can't wait.