D-Money: That’s about the only thing about this song I dig.

So...given the recent Twitter controversy over the lack of Black women (or, more specifically, identifiably Black women) on the album’s cover, I think it’s telling that he doesn’t name check any Black women in this song.

Oh, wait. He says Cleopatra. I guess that makes it better. *rolls eyes*

But yeah, that cover is problematic. I guess it could be worse, though -- he could have had the cast of HBO’s Girls on it. Now that would have really been vomit wrenching.

I do like the change on the bridge, but overall this did nothing for me. And Lord, please bless Pharrell’s struggle singing at all times. Amen.

D-Money: The beat is just OK and Pharrell’s (lack of) vocals here kills it for me. 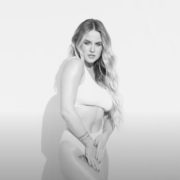