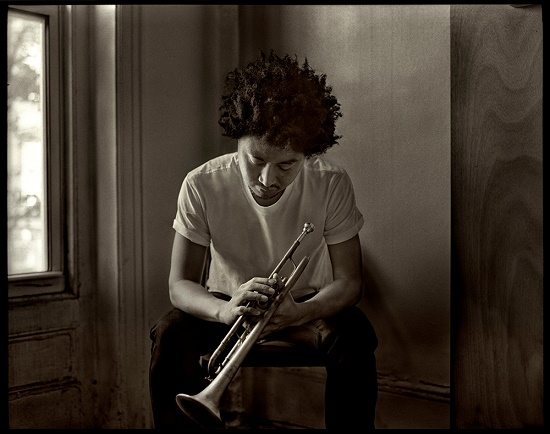 If you've been to a recent José James concert, then you more than likely are familiar with the music stylings of trumpeter Takuya Kuroda. The soulful Mr. Kuroda is now poised to make his very own Blue Note Records debut with his upcoming album, Rising Son. The set (which José signed on to produce) is looking to be a great one, with Takuya not only exploring jazz but also some of his other influences, including a couple Roy Ayers covers and an exploration of Afrobeat sounds (Takuya was once a part of NYC Afrobeat ensemble Akoya). Speaking of Afrobeat, the set's lead single "Afro Blues" is full of it, marrying the sound of the genre with jazz sensibilities for something that can only be described as aural pleasure. But the real star of the track is Takuya's impressive horn playing, which flits around the track, weaving itself throughout the arrangement to create a rich musical tapestry. It's an impressive effort and a great introduction to what I'm sure will be an even more impressive album. Check out "Afro Blues" right here, and be sure to look out for Rising Son when it drops on February 18th.