Theophilus London Gives It Up For ‘Lovers’ 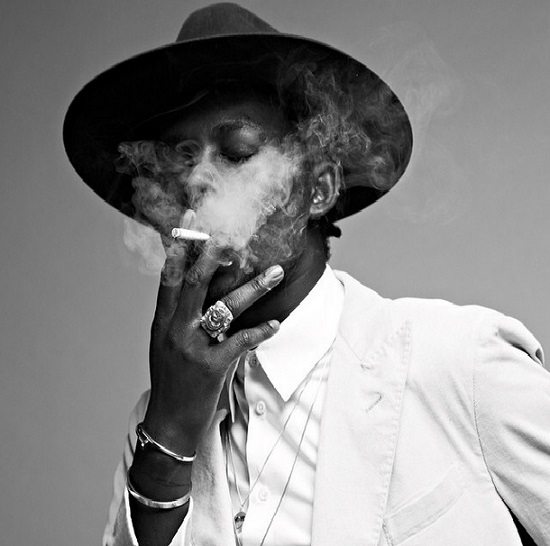 While some girls may get giddy at the thought of receiving flowers, chocolate and jewelry on Valentine's Day, I'm the kinda girl who much prefers to unwrap the gift of good music when February 14th rolls around. I mean, while flowers die and chocolate goes straight to your hips, good tunes last forever. It seems that Theophilus London knows my heart because he dropped his latest freebie, a six-track EP called Lovers Holiday II, just in time for the special day. The sequel to 2011's Lovers Holiday, London's follow-up features collaborations with Blood Orange, The Force MDs and even includes a preview of the Kanye West-assisted tune "Do Girls." While getting West on board would seem like a feat for any artist, it's another guest producer that excited London the most.

For "Figure It Out," Theophilus called on the production skills of the legendary Leon Ware. Taking to his Instagram page to express his excitement, he describes the opportunity to work with Ware as "blowing my f--king mind!!" The result is an epically smooth groove that overflows with 1980s Quiet Storm vibes. And with Force MDs crooning all up over the place, I'm about two steps away from digging out my stone washed denim ensemble, teasing my hair up high and body rolling all over my office. And better still is the fact that you can cop the entire Lovers Holiday II for the too-good-to-be-true price of FREE by downloading it from his website. Between this and De La Soul's decision to release their entire musical catalog for free, this might be my best Valentine's Day yet.