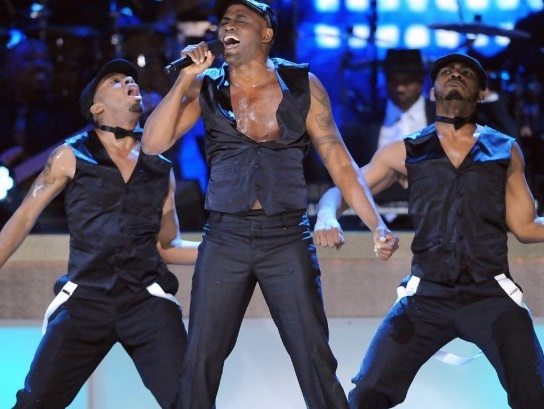 For the most part, this year's BET Honors celebration was a pretty classy affair. Hosted by the multi-talented Wayne Brady, the event honored legends like Berry Gordy, Aretha Franklin and Ice Cube, among others. But near the show's beginning, Wayne threw class out of the window for his own utterly hilarious version of Ginuwine's "Pony." Backed by two hunky dancers, who he surprisingly matched move for move, Wayne attempted to dispel the rumors that he lacked sex appeal. With the lyrics altered to mention the night's honorees and proclaim that he was sexier than Twitter taunter Boris Kodjoe, Wayne had the audience in stitches as he danced his way across the stage and even broke out the baby oil. Did all that prove that he was, in fact, sexy? Probably not. But it did show that Mr. Brady was indeed one of the funnier hosts that the BET Honors has ever had.