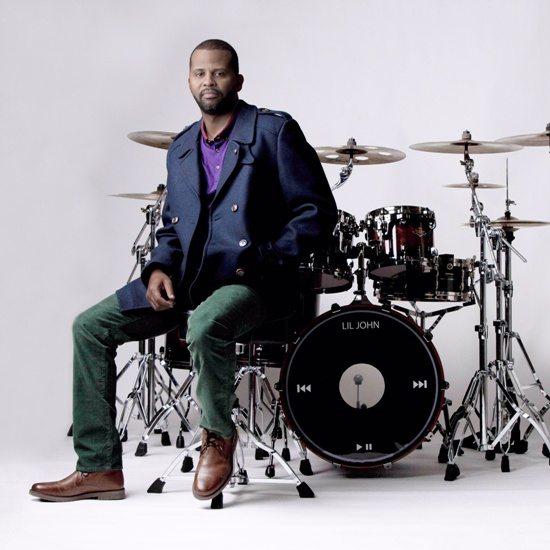 Lil' John Roberts is one of those musicians who you may think you don't know, but trust us when we say you have heard him play, most likely hundreds of times without even realizing it. The talented drummer/producer/composer has shared his skills with a veritable who's who of musical talent over the years including but not limited to Stevie Wonder, Prince, Elton John, Janet Jackson, Quincy Jones, Michael Jackson, Jill Scott, Ledisi, Earth Wind & Fire, Al Green and Mark de Clive-Lowe. Roberts is now preparing to step out of the shadows and helm his own project, The Heartbeat, with a little help from some talented friends including Robert Glasper, Snarky Puppy, Musiq Soulchild, Stokley Williams, Anthony David and Eric Roberson. The project's lead single, "Get Right," will drop next month with the full album following in May via Roberts' own label, Starburst Music Inc., in partnership with Purpose Music Group. This is one we will definitely be checking out, and we highly suggest you do the same.