You’ll Want To Give denitia and sene. A ‘call’ 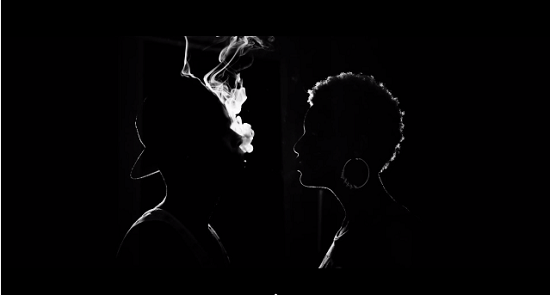 Brooklyn twosome denitia and sene. have been steaming up our ears ever since they dropping their his and hers. project. Now they're getting things smoking hot, literally, with the visuals to their latest song "call u." Clocking in at just over a minute long, this video short features simply the duo's silhouettes. Though short on length and complexities, the clip is long on sensuality. As denitia sings, sene exhales a large plume of white smoke that seductively drapes the two. A perfect fit for the song, the clip only makes me wish there were more where this came from. The track is taken from the denitia and sene's his and hers. album, which was just rereleased on vinyl. To help commemorate the occasion, they also released a remix of the album's songs, "go too far." Remixed by fellow Brooklynite ATR777, "go too far" takes on a darker, more haunting vibe thanks to its distorted effects and a heavy dosage of bass. 2014 is shaping up to be a big year for the duo, who in addition to taking to the stage during New York Fashion Week, also have a UK Tour and a performance at SXSW in the pipeline.


TAGS:  ATR777, audio, denitia and sene.
Previous: ‘Klapp’ For Little Dragon’s Return Next: ‘Can You Feel’ The Jacksons On ‘The Arsenio Hall Show’?