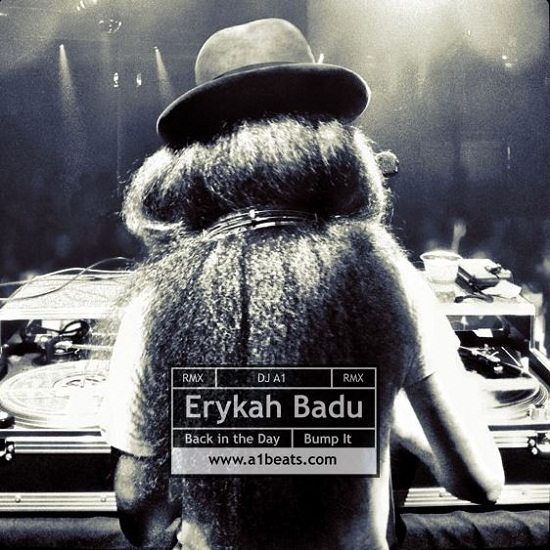 Erykah Badu's 2003 set Worldwide Underground is perhaps one of the singer's most overlooked works, but, like many of her albums, it's packed full of hits. If no one else recognizes this, those that are closest to her definitely do. It's no surprise, then, that DJ A1, a member of her collective The Cannabinoids, saw fit to mine two of the set's best known tracks and put an all new spin on them.

First, he worked his magic on the WWU's opener, "Bump It," by speeding it up nicely and then adding some more bump in its trunk, creating a nicely chilled house groove that'd be sure to set the mood off right at any upscale lounge or just thumping in your headphones. But A1 didn't stop there. He also took "Back in the Day (Puff)" out for a spin, revamping it into a laid-back soulful house number and distorting Erykah's vocals ever so slightly yet still retaining the overall feel of the groove. While they're not necessarily going to make you work up a sweat on the dance floor, they'll definitely have you cutting a rug in your living room. And both tracks can be yours for the price of a Facebook "like." To see why the tracks are well-worth the social media currency, take a listen to both right here.


TAGS:  audio, DJ A1, erykah badu, The Cannabinoids
Previous: Anthony Valadez Goes ‘In Search Of…’ The Perfect Soundtrack Next: Banks Shows Us Why She Is ‘Somebody’ To Watch