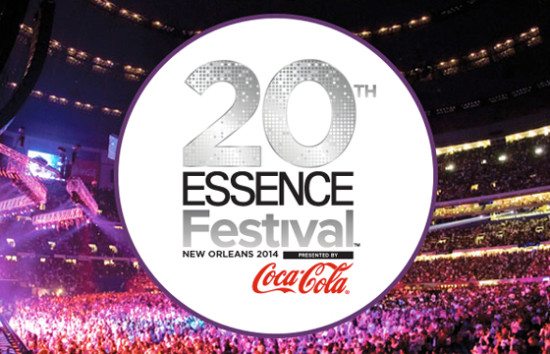 The good people over at ESSENCE said they are not playing with us this year. From July 3rd to July 6th, the ESSENCE Festival will return to New Orleans to put on what can only be described as a fête to upstage all. Celebrating 20 music-filled years, the much-anticipated festival is pulling in some major star power for the four-day holiday weekend event.

The festivities kick off with musical fireworks as the purple butterfly whisperer himself Prince and to-be-announced special guests run the stage on July 4th. Queen Mary J. Blige, Jill Scott, The Roots, Ledisi, Tank and more keep the party going on July 5th. Music icon Lionel Richie closes out the festival on July 6th, along with Uncle Charlie Wilson, Erykah Badu and Tamar Braxton. And those are just the Mainstage acts.

The concerts will take place across five stages in the Superdome throughout the weekend so be sure to choose wisely so you don't miss your favorite artists. In the intimate Superlounges you'll find artists such as Robert Glasper, Tevin Campbell, 112, Raheem DeVaughn, Elle Varner, PJ Morton, Marsha Ambrosius and the list literally continues as more acts have yet to be added. If you're curious to see the rest of the list or you've already decided you're going, head on over to the ESSENCE Festival website to plan your trip.