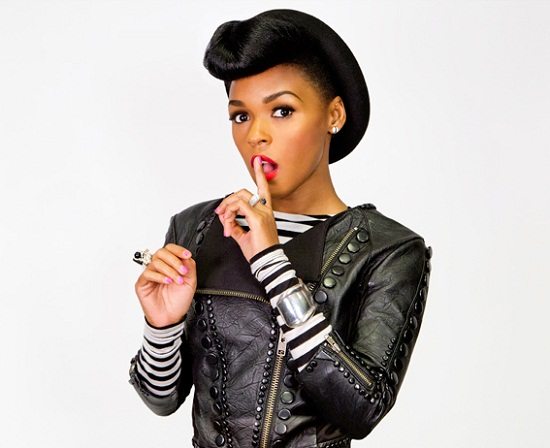 She might have released The Electric Lady six months ago, but that doesn't mean that Ms. Janelle Monáe has any plans on slowing down anytime soon. She's scheduled to take the big screen in animated form for the upcoming family film Rio 2. And, because she's so versatile, she's also providing a new song for the soundtrack. Channeling a bit of Brazillian samba, "What Is Love" is an energetic love song busy with kinetic percussion and a plethora of musical sounds pulled together with a lilting guitar groove. Janelle's vocal still manages to be the star among all the commotion, though, as she sings out the song's main question: "What good is love if it's not your love?" Though it's not as impactful as the songs featured on her own records, it's a heartwarming tune that melds samba and R&B pretty effortlessly and is sure to have you moving and grooving. If you're so inclined, you can pick up the track right now on iTunes. The Rio 2 soundtrack is set to hit stores on March 25th, with the movie (and Janelle's turn as an animated veterinarian) hitting the silver screen on April 11th.

Previous: BASECAMP Deliver ‘All That’ You Could Possibly ‘Want’ On This Ace Of Base Cover Next: Who Comes Out On Top In The Battle Of Accolades vs. The Funk Brothers?