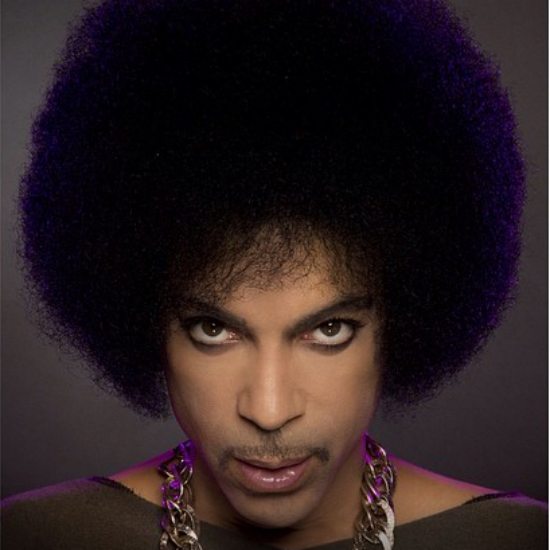 Your boy Prince seems to be all about surprises this March. When he took over The Arsenio Hall Show last week for one of his most candid interviews ever, the subject of Instagram was brought up, with his royal Purpleness making a passing mention to "Princestagram" and eliciting laughs from the audience. Lo and behold, it seems that someone has created a "Prince" profile on the photo-sharing site and went on an uploading spree (with 39 photos shared to the profile by this morning). Being that a few of the photos shared have appeared in other places, namely on the 3rdEyeGirl Twitter profile, it's likely that this could just be a fan profile that will be going the way of the dodo fairly soon.

However, one striking piece of evidence to the contrary is the caption of the first posted picture: "ANYBODY WANNA FALLINLUV2NITE?" That's because roughly six hours later, New Girl star Zooey Deschanel tweeted a link to a new duet between her and Prince called, you guessed it, "FALLINLOVE2NITE." The dance-flavored track finds the pair cooing about finding love and doing it 'til the morning light over pulsing drums and electronic production spiked with occasional horn blasts. And while the two coming together outside of Prince's guest role on New Girl is indeed  a very odd coupling, the chemistry between the two works surprisingly well (probably helped by the fact that Zooey appears mostly on the track's chorus). It

However, as with anything Prince, these latest moves leave us with more questions. Is the "Princestagram" account the real McCoy? If so, does that mean a Prince Facebook and Pinterest are not too far away? Will Zooey become the latest in Prince's long line of muses/protégées (and what would that even look/sound like anyway)? While we ponder the answers to these and many more Prince-ly puzzlements, take a listen to "FALLINLOVE2NITE" right here.


TAGS:  3rdEyeGirl, prince, Zooey Deschanel
Previous: The Trailer For James Brown’s Biopic Will Make You ‘Get On Up’ Next: The SoulBounce Q&A: Erica Campbell Speaks On Getting ‘Help’ & Stepping Out On Her Own