Who Comes Out On Top In The Battle Of Accolades vs. The Funk Brothers? 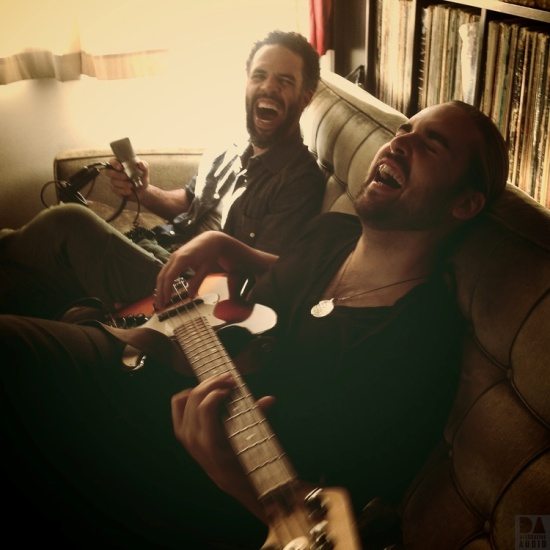 With a mission statement that can be summed up as "reimagining Motown for the 21st century," we were somewhat skeptical about the new project from LA-based duo Accolades when it first arrived in our inbox. After all that classic early-Motown sound, lovingly crafted by the unsung heroes of that era, The Funk Brothers, holds a special place in the hearts of soul music fans across the globe and the thought of it being tampered with is a difficult one to accept. However, we think it's safe to say that producer/sound engineer Anas Canon and producer/multi-instrumentalist Joel Van Dijk have stepped up to the plate. So far they have unleashed three of their interpretations: Marvin Gaye and Tammi Terrell's "If This World Were Mine", the Jackson 5's "Mama's Pearl" and the Temptation's "Ball of Confusion," each rearranged with additional and/or alternative instrumentation. The highlight of the set is definitely "If This World Were Mine" (my personal favorite Marvin Gaye duet), with its reformed mellow groove and some killer additional guitar and horn work. You can snag all three tracks for free via the SoundCloud player below, and keep your ears peeled for their version of Stevie Wonder's "Uptight (Everything's Alright)" coming very soon.