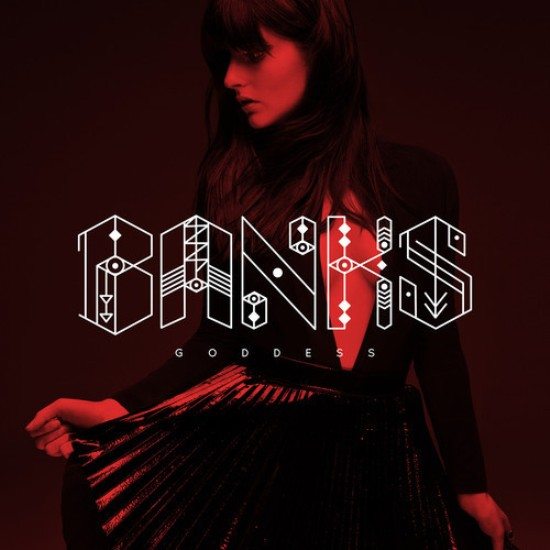 We have been awaiting news of the debut album from LA-based singer/songwriter Banks ever since she released her breakthrough EP, London, last year. Well that wait is finally over as it has been confirmed that Goddess will hit shelves, both physical and digital, on September 9th. That may seem like quite a wait, but to tide us over she has released the album's Lil' Silva-produced title track and it's more of what we have come to expect from the sexy, sultry songstress, but this time with a little added kick. A female empowerment anthem of sorts, "Goddess" features more of the ethereal, electronic beats and R&B-influenced vocals that brought her to our attention, but this time around Banks has a little more sass in her step as she coos "you're f**king with a goddess."

Alongside "Goddess" the LP will feature previously heard songs "Brain," "This Is What It Feels Like," "Waiting Game," "Change" and "Warm Water" alongside brand new material. The deluxe version will also include fan favorites "Bedroom Wall" and "Before I Ever Met You." You can peep the full tracklist below and grab your pre-orders, which include an instant download of "Goddess," from iTunes now.