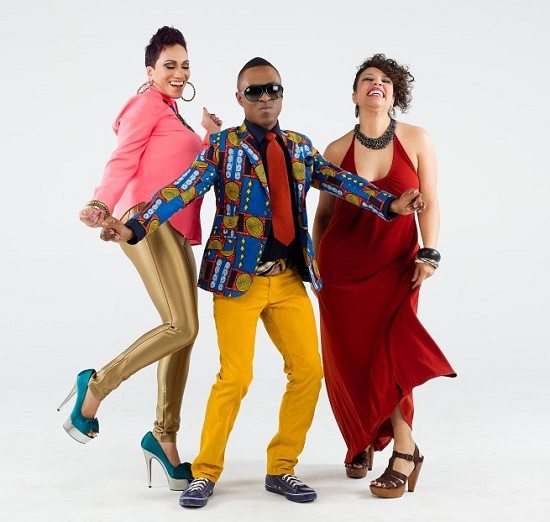 Remember last April when we here at SoulBounce discussed the potential disco revival that we had on our hands after Daft Punk struck gold with "Get Lucky"? Well, not to toot our own horns, but awww toot toot, beep beep, we were right. And to further drive our correctness home, allow us to introduce you to our latest Bounce-Worthy inductees, Company Freak.

Company Freak is the brainchild of Jason King, a protégé of Clive Davis who writes, produces and arranges all of the group's music. His intention with the creation of the group was to evoke the feeling of '70s/'80s disco and the decadence of its  Studio 54 heyday. It's not a small task to take on, and luckily King isn't doing it alone. He's enlisted a revolving cast of powerhouse female vocalists, including Broadway diva Vivian Reed and session singers Shayna Steele, Melissa Musique, Asha Puthli and Matia Washington, while Jason himself contributes his falsetto for a few tracks. As if the uber-talented lineup wasn't enough, he's also enlisted two of the genre's most well-known icons to join in on the fun: LaBelle's Sarah Dash and soul diva Jocelyn Brown.

The result of this mix of personalities is Company Freak's debut EP, Le Disco Social. The EP is full of throwbacks to classic disco sounds that are sure to make you shake your groove thing. Standouts include the sequins-covered "André Leon Talley," an ode to the larger-than-life former Vogue editor-at-large that sounds like it could've been a Chic B-side. Elsewhere, Vivian Reed serves up early '80s dance floor diva on "Sexaholic," a certified jam that moves and grooves with the best. And, just in case you think it's all strobe lights and disco balls, King lays down a little Sly Stone vocal flavor with "Crackdown." There's even more to experience on the EP, including a cover of Sylvester's "Do You Wanna Funk."

If you love disco and have been jonesin' for its revival, then Company Freak is exactly who you've been waiting on. Listen to "André Leon Talley," "Sexaholic" and "Crackdown," and check out King explaining exactly why he created the group right here. And while the gang works on their full length debut, you can download the seven-song Le Disco Social  via iTunes right now.