Major Lazer Takes To The Walls With Their ‘Aerosol Can’ 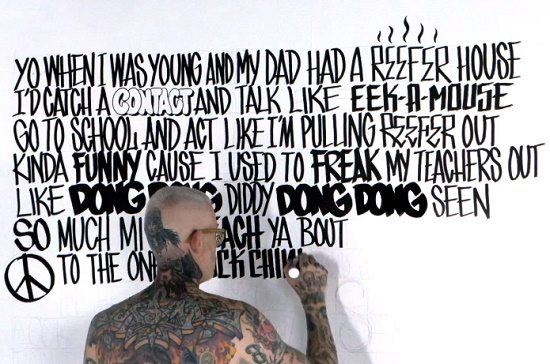 Though it landed on the airwaves way back in February, Major Lazer's "Aerosol Can" has all the makings of summer banger. A hot beat, an even hotter rap from hitmaker Pharrell and a feel-good vibe that can't be denied made this an instant listen here at SBHQ that has yet to leave our playlist. When it comes to the track's video, the producer decided to let the song speak for itself, only enlisting a bit of help from famed tattoo and graffiti artist Mike Giant to illustrate the point. As Mike brings Skateboard P's lyrics to life against a stark white wall, the song's beat bumps and percolates along like a well-oiled machine. Though it would've been nice to see at least a brief appearance from Diplo or Pharrell during the just-over-three-minute clip, we must say that it represents the track quite well.