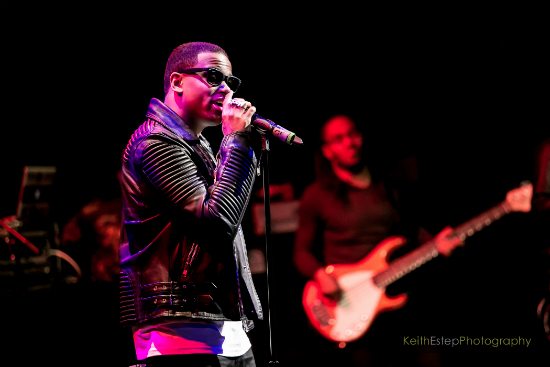 Actor-turned-singer Mack Wilds made his official first headlining concert in Washington, DC at the Howard Theatre a memorable one on March 30, 2014. Wilds sang the bulk of his GRAMMY-nominated debut album New York: A Love Story and commanded the stage with presence and a cool, collected swag. He surprised those in attendance with a cover of D'Angelo's "Untitled (How Does It Feel)" that sent everyone into a frenzy with his equally as sensual version. Mack received a positive crowd response all night long, especially during his cover of Michael Jackson's "Remember the Time" and when he closed the show with his hit single "Own It." He came back out for a rousing encore where he performed "Duck Sauce" and showed DC that he's not just nice on the vocals but he's dope on the rapping tip, too.