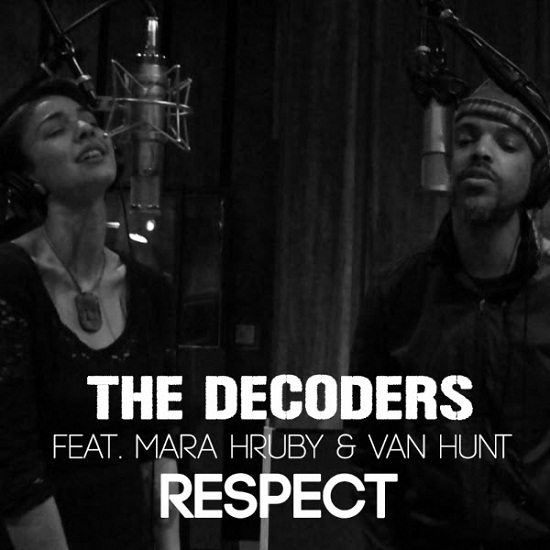 The Decoders have given us stellar covers and remakes of a host of Minnie Riperton classics in lead-up to their upcoming tribute album to the singer, Adventures From Paradise: A Tribute to Minnie Riperton. And they continue that trend with their latest single and video, "Respect." While the classic '60s song was originally performed by Otis Redding and is perhaps most famous for Aretha Franklin's rendition of it, it was also covered by Minnie's 1960s era band, Rotary Connection. Their version, however, was far less fiery, opting for a more quiet, seductive plea for their propers. The Decoders, along with featured guests Mara Hruby and Van Hunt, channel the spirit of Rotary Connection's version, layering keys, strings, horns and a touch of psychedelic electric guitar along other psychedelic soul hallmarks as the two singers harmonize beautifully together.

As the track's video shows, though, it's a mostly Mara affair as the songstress gets a bulk of the vocal shine with her effortless lead vocal. But Van's vocal is the perfect counterpoint, adding just the right amount of weight to Mara's airy tone when needed. Needless to say, the crew was very successful in capturing the essence and spirit of the the Rotary Connection's version.

Though the wait for Adventures From Paradise: A Tribute To Minnie Riperton has been a long one, the project should be arriving in stores later this year. "Respect," however, is available for sale right now via the group's Bandcamp page. And, of course, you stream the song and check out its video right here.