‘Do’ Mariah Carey & Wale Have A Hit On Their Hands? 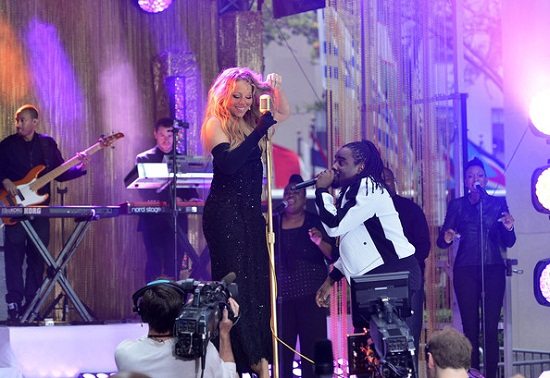 Ask and you shall (kinda) receive. After seeing diva Mariah Carey perform her new song, "You Don't Know What to Do," on TODAY, I mentioned that I wouldn't be mad if a (Wale-less) studio version of the track fell in my lap. My wish granted for the most part with the radio debut of the track. The song's disco flavor is even more present in this incarnation, with a driving rhythm section, piano and a few orchestral flourishes taking us back to the early '80s in a much better way than Mariah's Glitter-bomb of a movie. And though she's not flexing her five-octave range here, she's in fine vocal form as she channels her inner disco diva. The song's only drawback is the inclusion of Wale, whose interjections and lazy verse bring nothing to the party other than mild annoyance. Guess we can't always get everything we want. Still, if this indeed will be released as an official single, it could be the one to finally get MC back onto the charts and make fans want to scoop up Me. I Am Mariah...The Elusive Chanteuse (my eyes are still rolling) when it drops next week. Check out the track (it starts off the mix) below and let us know if you agree.