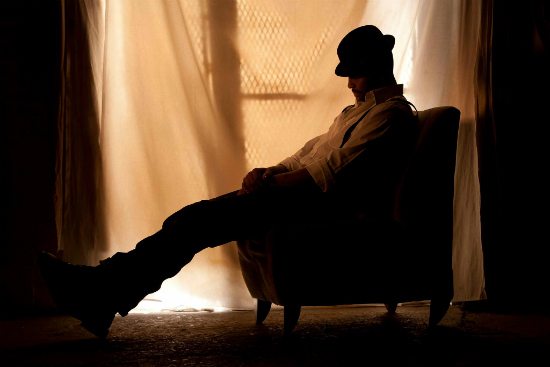 With guest appearances and production credits on songs by artists such Michael Jackson, Quincy Jones, Anita Baker, Raphael Saadiq, Patti LaBelle, Al Green, Ledisi, Earth Wind & Fire, Mark de Clive-Lowe, Rachelle Ferrell and Janet Jackson, you don't realize that you've heard and seen Lil' John Roberts several times before without even knowing it. However, if you are a fan of quality soul music, you are probably familiar with John Roberts' work and his prolific career as one of music's best drummers for almost 20 years.

Given all his success as a producer/guest drummer on various tracks and tours, it only made sense for Roberts to take the next step and release his own album. It's appearing as if Roberts will not disappoint, pulling in decorated vets like GRAMMY Award winners Robert Glasper and Snarky Puppy for his first album release The Heartbeat, due out in June via Purpose Music Group. Following the first listen from the project with the track "Get Right," Roberts continues to entice old fans and new listeners with "It's Your Time" featuring stellar vocal work from Chantae Cann and an appearance from Musiq Soulchild. "Its Your Time" is the quintessential slow tempo R&B track led by Lil' John's spirited drums and basslines. This is worth a few minutes of your time as we wait a few more weeks for The Heartbeat to surface.