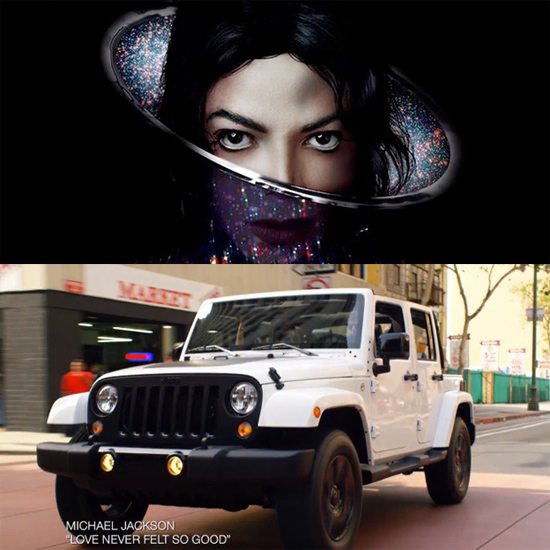 Last night I was watching the NBA Playoffs on ESPN, and during almost every commercial break a new Jeep ad spot would play. Normally I would channel surf or go grab a quick snack during these breaks, but these new ads caught my ears and attention when I heard Michael Jackson's new single "Love Never Felt So Good" being used in the background. The feel-good song is the official soundtrack for Jeep's new #JeepSummer global ad campaign that will run throughout the summer with four commercials now in rotation.

This #JeepSummer campaign is promoting the 2014 Jeep Wrangler Altitude Edition, which is being billed as the "Official Vehicle of Summer and USA Basketball," hence the repeated commercials during the Playoffs. However, the MiJac cross promotion can't be ignored either, with "Love Never Felt So Good" one of the crown jewels to be found on the soon-to-be-released album XSCAPE. Could this hot track end up being the song of the summer, too?