John Legend Gave His ‘All’ At The 2014 Billboard Music Awards 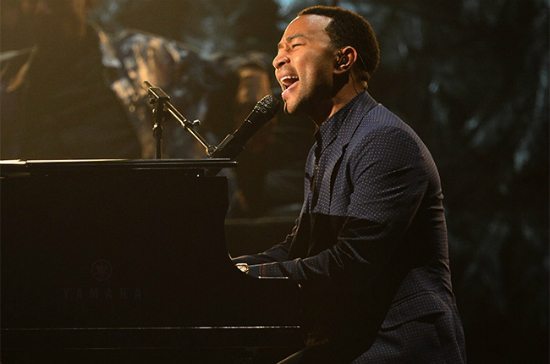 I'll admit that John Legend's last LP, Love In the Future, pretty much passed me by, but there's no getting away from the monster hit that is "All of Me." Introduced by his supermodel wife Chrissy Teigen, Legend took to the stage at the 2014 Billboard Music Awards to perform the track alongside his upcoming single "You and I," completely nailing it in the process. While I sometimes find Legend's voice slightly grating, there is no denying that he has a knack for delivering timeless ballads. Last night was no different as he tickled the ivories while accompanied by a wonderful string section and delivered a heartfelt performance clearly directed at his new wife. I may just have to go back and revisit that album.