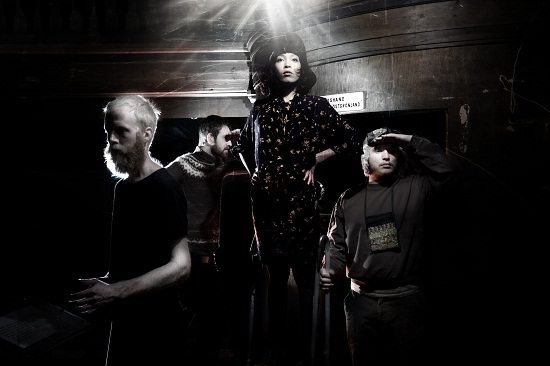 We're pratically salivating to get our hands on Little Dragon's Nabuma Rubberband when it drops May 13th (you can stream the entire set right now over at Amazon). As we count the seconds, minutes, hours and days until its release, we have a little bit of newness to hold on to in the form of their track "Winners." While "Winners" won't be on Nabuma Rubberband, it was included on the group's Record Store Day release of their single "Klapp Klapp." Sonically, it's closer to previous LD material, particularly tracks from Machine Dreams and Ritual Union, each of which had more of  a New Wave vibe than what we've heard of Nabuma thus far. That's not to say that it doesn't satisfy. In fact, it's like taking a look back at what the group has done before diving headfirst into their new musical waters. Being that "Winners" was a Record Store Day exclusive, only those vinyl buyers who picked up the single had a chance to scoop this one up. But those who missed out can take a listen to the triumphant track right here.