OutKast Takes It Home For The CounterPoint Music & Arts Festival 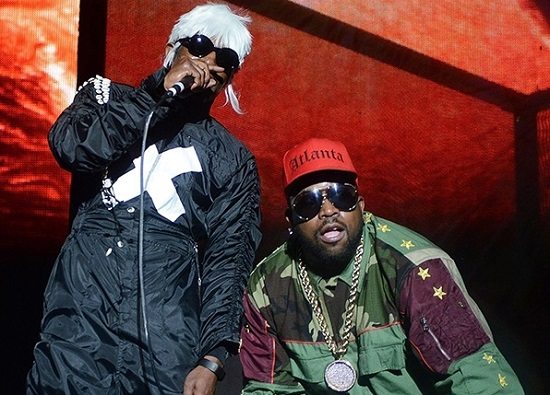 The OutKast reunion train keeps on rolling and recently made a stop where it all started, Atlanta, Georgia — or at least very close to it. The duo had a homecoming of sorts as headliners at Rome, GA's CounterPoint Music & Arts Festival, the second of their 40-festival 20th anniversary run this spring and summer. Big Boi and Andre 3000, dressed in a white wig and eclectic black outfit that reminded folks of his "Skew It on the Bar-B" days. The duo pretty much went through the same bevy of hits that they gave the crowd at Coachella, but this time with an Andre who was a bit less rusty and a bit more assured after a lengthy stage absence.

And, being that they were home in Georgia, they also had quite a few guests on hand, with Sleepy Brown, Janelle Monáe and Killer Mike each taking the stage at one point. Ready to see what those OutKast boys do when they show out at home? Then don't wait, hit play right now and catch their show.