We Pity The ‘Dumb’ Fool Who Tried To Outsmart Jazmine Sullivan 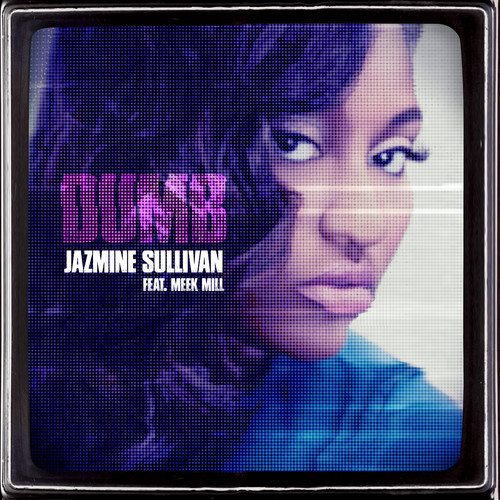 And the comeback blitz continues! In March, we were treated to YouTube clips of Jazmine Sullivan’s concert at KOKO in London. Followed by social media and website updates (providing even MORE incentive to attend this year’s ESSENCE Festival). Now, the moment we’ve all been waiting for has finally arrived with the release of official new music! Today, Jazmine dropped the first single, “Dumb,” from her upcoming new album. If you had any doubts before, Miss Sullivan wants you to know that she’s back and she’s here to stay.

The drum heavy syncopation and militant choral chants provide a steady foundation for Jazmine’s effortless vocals. The song start outs strong, with Jazmine pulling no punches when it comes to her man’s foolish actions. “You ain’t right!” she echoes, and she won’t tolerate any more of his bullshiggidy, either. The flow of the song remains steady, but it doesn’t ever quite climax. It’s missing that energy -- that fire -- that burns right through to your soul when you hear one of her songs.

While I’m not Meek Mill’s biggest fan, I can at least admit that the inclusion of his verse makes the song more interesting. Don’t get me wrong, I’m overjoyed that Jazmine’s back! And there’s no question about her vocal abilities; she sounds great on this track. But, it feels a little “safe” for her first single. Nevertheless, the track definitely whets our appetites and leaves us hungry for more. Listen to "Dumb" right hee and be sure to sign up for her newsletter on her website to stay current on all things Jazmine Sullivan.


TAGS:  audio, jazmine sullivan, Meek Mill
Previous: Meelah & Musiq Soulchild Want To ‘Give It To You’ Next: Experience A ‘Royal’ Video Treatment From Maimouna Youssef