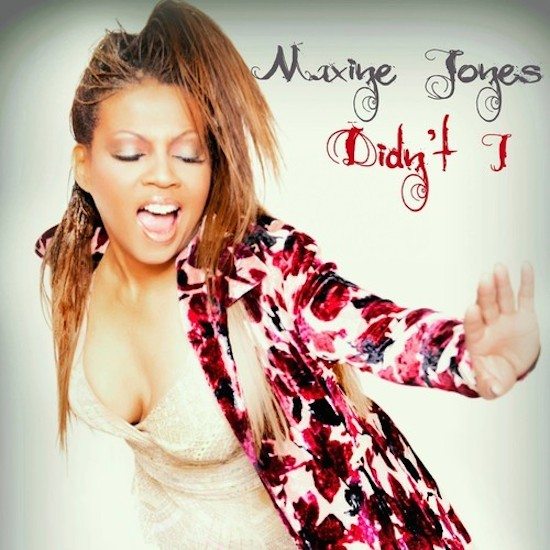 Talk about Maxine Jones’ new single, “Didn’t I,” and it’s impossible not to reminisce about En Vogue, possibly the most perfect female vocal group of all time. As a member of the original quartet and various versions of the trio, Jones contributed by rocking hard on “Free Your Mind,” made James Brown’s funk her own on “My Lovin’ (You’re Never Gonna Get It),” served up sophistication on “Give it Up, Turn it Loose” and helped build the climax of power ballad “Too Gone, Too Long.”

But getting back on topic, Maxine has a new track produced by NRG Soundz, which is a piano-driven tune that’s tinged with rock elements and organic acoustics. Telling the tale of a woman who’s at her wits end over an unappreciative man, Jones laments over being sick and tired of being sick and tired, ditching ultimatums and instead calling it quits on her farce of a romance.

While there are moments where it’s a bit tough, more than a little raw and most definitely out of the box, there are slivers of nostalgia mixed with heaps of untapped potential in “Didn’t I.” It isn’t really a continuation of the En Vogue experience as much as it’s Maxine’s own deviation from that formula and a showcase of the edge she brought to the group. Download it at iTunes and Amazon.