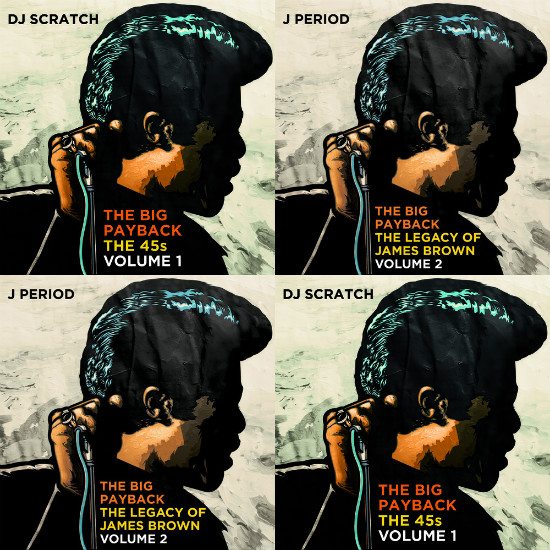 Although it's been nearly seven years since James Brown passed away, the legacy of the legendary entertainer still lives on. Producers and DJs J. Period and DJ Scratch pay tribute to the undisputed Godfather of Soul as part of the mixtape series, The Big Payback, which is right on time with the upcoming James Brown biopic, Get On Up, scheduled for an August 1st release. For the first part of the series, DJ Scratch takes the reigns on The 45s. Scratch seamlessly blends some of Brown's funkiest tracks together. The result is a crash course in Brown's catalog for the unfamiliar and a revisit for those in the know.

For his part, The Big Payback: The Legacy of James Brown, J. Period takes over 60 of Brown's classic songs and blends them with soundbites and interviews featuring the likes of Stevie Wonder, Michael Jackson, Afrika Bambaata, Rakim and more. J. Period says that it was equally as important for him to showcase the music that has had such a great influence on hip-hop music and most importantly, himself. "Remixing the JB catalog sparks a powerful realization: all the music that has most inspired my career -- hip-hop, soul, funk, Prince, MJ, Fela and more -- is the direct result of James Brown's genius," he explains. The mix also serves as a great lesson for those unfamiliar with Brown's extensive catalog and gets us good a ready for his life story to come.

With volume three on the way, it's easy to guess that it will be equally as dope. Though there are no clues as to who will be handling the mix on it, the rumor mill is already spinning with word that limited edition vinyls of the series are in the pipeline. But truthfully, the best part of all is that the entire series is available for free download for all us good music heads so do yourself a favor and soak up this funky goodness.