Lenny Kravitz Flaunts His Fine Physique On ‘Strut’ Cover, Loads Up ‘The Chamber’ 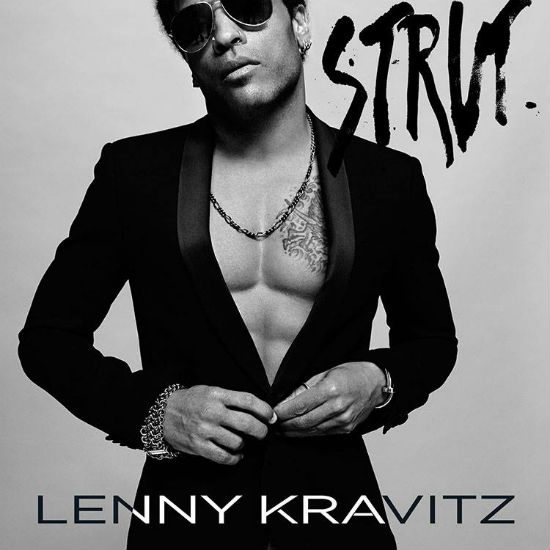 This weekend Lenny Kravitz set the Internet on fire when he unveiled the cover for his tenth studio album, Strut, on social media. The thirst was real between Facebook, Twitter and Instagram, and for good reason because Lenny looks amazing. Fresh from celebrating his 50th (!!!) birthday in May, Kravitz looks like a man half his age. With his chiseled features, that sculpted chest and the way that jacket is cut and fitting his body oh-so-right? It's almost unfair for one man to be this beautiful.

His swoon-worthy looks aside, the man has the talent to back up our admiration. We've loved Lenny and his music a long time, and will continue the affair when Strut is released on his Roxie Records imprint on September 23rd. Thankfully we won't have to wait too long to hear new sounds from Kravitz because his new single "The Chamber" is now available for our listening and viewing pleasure via a lyric video. While a computer-generated heart beats, twists and turns with images of people and shattering glass superimposed with psychedelic effects, Lenny sings about a lover who he contemplates giving another chance to, but he's not gonna be the same fool twice and get shot in his heart of glass. The love as a gun metaphor has been used extensively before, but Lenny makes it work on "The Chamber" with sincere lyrics, a spoken interlude on the bridge and a catchy hook.

To see this fine specimen in action, oh and to hear some kick-ass rock n' soul, too, you can see Lenny Kravitz this fall on tour. So far only European dates are scheduled, but hopefully he'll spread his love around the U.S. as well. Check Lenny's website for upcoming concert tour dates.


TAGS:  audio, lenny kravitz
Previous: Duncan Gerow Dims The Lights On Janet Jackson’s ‘Rock With U’ Next: Keyshia Cole Raises Eyebrows With ‘She’