Mary J. Blige Turns Up In ‘A Night To Remember’ 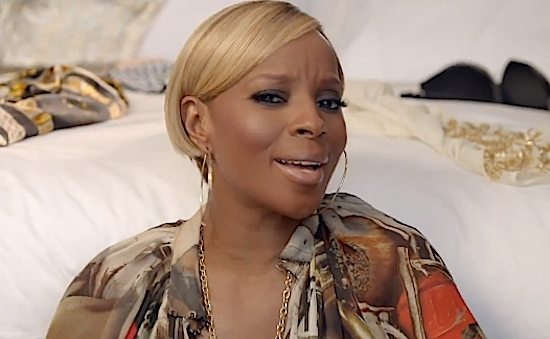 Mary J. Blige gets ready for an evening out and proceeds to turn up in the funky, fly and fierce music video for her remake of Shalamar's "A Night To Remember" from the Think Like A Man Too soundtrack. From the looks of it, her routine for getting dressed is like many of us ladies with her emptying out the contents of her entire closet onto her bed in order to figure out what to wear.

Things really get poppin' when her girl, celebrity stylist June Ambrose, comes over to help her finalize her fashions. The champagne is flowing and they're dancing around the room, getting the party started before even stepping foot in the club. Once there, Blige and Ambrose wave their hands in the air like they just don't care while comical scenes from Think Like A Man Too flash on screen throughout.

This video is right on time with the hilarious rom-com opening on Friday, June 20th and the all-Mary J. soundtrack officially in stores now. Press play and turn up with MJB.


TAGS:  June Ambrose, mary j. blige, shalamar, Think Like A Man Too
Previous: Morning Soul: Lemme See If You Can Run It, Run It Next: Watch Jennifer Hudson ‘Walk It Out’ Around The Way