‘Maybe’ Teyana Taylor Wants To Be Your Baby 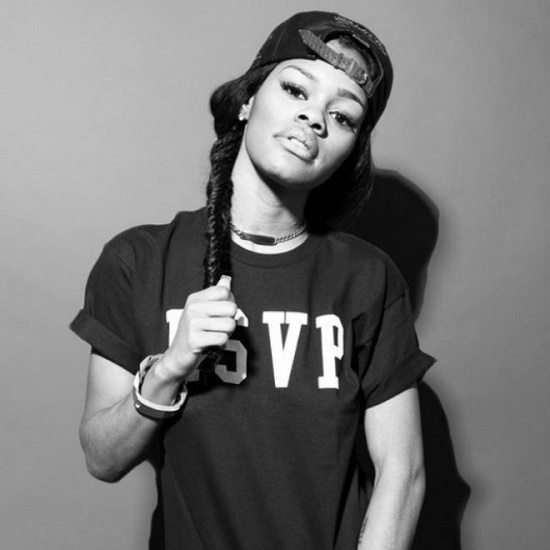 Maybe, just maybe, we might be getting closer to Teyana Taylor releasing an album. The first sign was the leak of her ballad "Sorry," which found the singer flexing her pipes something serious. Now Teyana's ready to get a little ratchet for her grimy banger "Maybe." Enlisting rappers Yo Gotti and G.O.O.D. Music labelmate Pusha T, Teyana considers a young man who's caught her attention.

As a woozy synth loop plays over bumpin' 808s, Teyana lets us in on her thought process, singing on the chorus "Maybe it's the liquor/Maybe it's the song/Don't know what it is, but you turn me on." And while the subject matter and beat don't necessarily lend themselves to stellar vocal performances, Teyana still delivers on the promise that "Sorry" offered, with Teyana opting for a breathy but solid sound this time around.

While this one won't necessarily make her stand out from the pack, and the rap verses are pretty much phoned in, "Maybe" is definitely a track that can put Teyana right in step with her peers in the game. Take a listen and let us know if you're you're maybe feeling Teyana's latest.