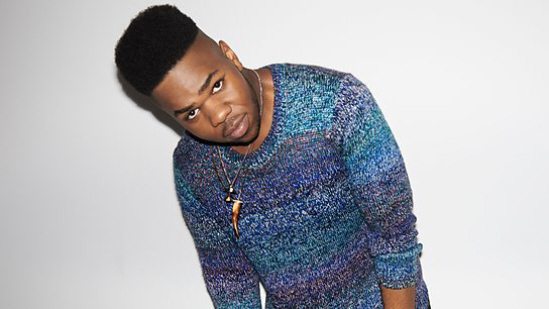 We should know by now that MNEK loves relishing in the glow of nostalgia as evidenced by all those throwback refixes he's graced us with over the past couple of years. Even his current single "Every Little Word" is drenched in some serious New Jack Swing revival. For "The Mixtape Noun" MNEK is back to his refixing tricks again as he spins the classics his way into a vintage crash course of all that is '80s and '90s pop n' soul. It's true that MNEK created the mix exclusively for i-D Magazine, but in a way he really made it for us -- Generations X and Y -- and it feels like we plopped down on the bean bag chair in front of the sound system with him, rifling through stacks of vinyl, tapes and CDs for a complete look back.

There's lots to hear and digest, but you'll hear some Brandy, some Human League, some Zhane, some Evelyn "Champagne" King and even misbegotten dancing queens like Sonique (who's "It Feels So Good" gave me a nostalgic stroke when it popped on as I haven't heard that song is ages), plus more. So allow MNEK to "verb" you with his "Mixtape Noun" and take you way back, back into time.