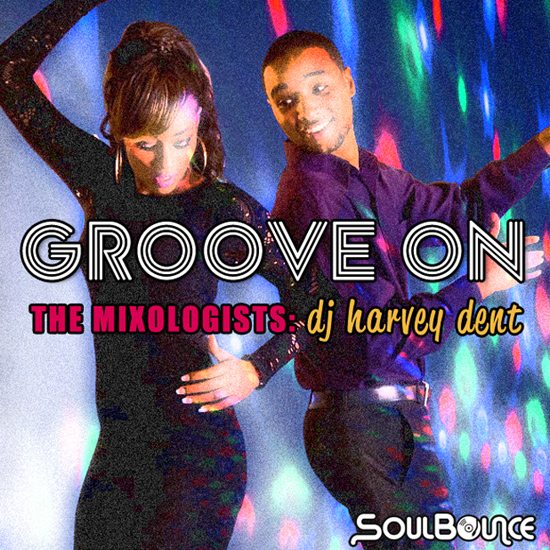 We're big on what's new, next and noteworthy here at SoulBounce, but we're also all about the old school and remembering the songs and artists of yesteryear. With that in mind, our resident Mixologist dj harvey dent did some crate digging once again for his latest Mixologists mix, Groove On. This mix of '70s and '80s disco and R&B dance classics are sure to get the party started right and get the party started quickly. Some of our favorite songs and artists of all time are on the mix, such as Teena Marie, Stevie Wonder and Chaka Khan, which is a nostalgic trip down to the Soul Train line. This is that feel-good, back in the day music that we just can't get enough of. Once you press play you'll have no choice but to get you Groove On too.

Teena Marie - It Must Be Magic (Melo Edit)
The Emotions - You Got The Best Of My Love
Cheryl Lynn - Got To Be Real
The Whispers - And The Beat Goes On
Patrice Rushen - Forget Me Nots
Kool & The Gang - Fresh
The Whispers - Rock Steady
Cameo - Candy
Cameo - Single Life
Tom Browne - Funkin' For Jamaica
Fonda Rae - Over Like A Fat Rat
Alicia Myers - I Want To Thank You
Junior - Mama Used To Say
Stevie Wonder - Do I Do
Rene & Angela - I’ll Be Good
B. B. & Q. Band - Dreamer
Chaka Khan - Ain't Nobody
One Way - Cutie Pie
Brick - Dazz
Maze Featuring Frankie Beverly - Before I Let Go