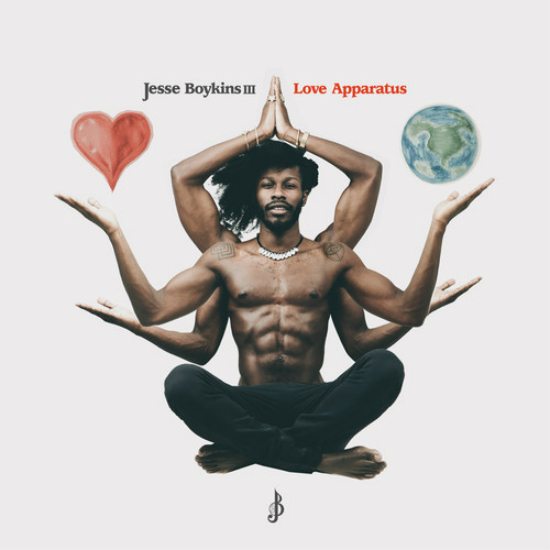 SB: What else have you been up to the past six years besides writing, recording and touring?

JB: I've been designing a little bit, too. I designed a shoe and bag for this company in Berlin called Liebeskind that’s coming out in August. Like a duffle bag, book bag and a dress shoe. And I also designed these pants that I’m wearing and this jacket that I had on earlier today and a lot of my clothes. Lately I’ve been designing and like getting the fabrics from different countries and coming up with different concepts of style. So I've been getting a little into that and you know trying to get into more film stuff, like the documentary and things of that nature.

SB: Considering you're designing and experimenting with fabrics, what would you say makes up Love Apparatus? What materials went into it?

JB: I’m a firm believer in textures, blending textures together to make a complete thing. Kinda like painting, you need different colors in order to finalize a painting, so like tweed and leather and silk, so I’d say mostly those three. And wool because I like being warm, too.

SB: In past albums you talked a lot about heartbreak. Where were you in this album and did you find love again in this one?

JB: This album is like a combination of everything. To me it's every level of love. I think people get caught up too much on the fantasy of love and don't understand that love is hard work and sometimes love isn't necessarily the kindest thing. Like someone telling you the truth is love even if it might hurt you initially. That respect and that understanding is what I try to express in the songs that I wrote. So a lot of the first half of the album has a lot of the fantasies of falling in love and the lustful aspect of it. Towards the latter half of it is the heartbreak and the ego-killing and the misunderstanding and the miscommunication and the finally speaking out on being unhappy and things that kind of get caught and lost in the sauce in relationships and not being pretentious in love. So I try to make every level of love applicable while I was making the music. The latter half of the album is more so about, like, understanding, acknowledgement and appreciation in that relationship that ended kinda like a recollection kind of thing. Like, "Heavenly Eyes" is the last song. It's kinda saying we're soul mates. Even though we're not together anymore, we're still together.

SB: Are these a lot of your experiences or are you pulling from other people's stories?

JB: This album is about my experiences. Beauty Created was an array of my experiences, my friends and things that happened to me way back in the past. Love Apparatus was me developing as a man and understanding who I need to be as far as how I wanted to progress and evolve as a human being, in my art form and in my manhood, and being more courageous and brave in everything that I'm doing.

SB: So you've been doing this for a while, now that you’re the ripe old age of 29, what would you tell yourself back when you started?

JB: Probably be a little bit truer and a little bit more courageous in how I express music. I feel like I've always been pretty progressive in the way I create things and what risk I'm willing to take but I've never really released that music until Love Apparatus. As far as my songwriting goes, Dopamine was like the depths of what I could do lyrically but Beauty Created I kind of eased up a little bit to try to make it more appealing in the soul world. Now I'm really just trying to expand and I always had that mind frame where I was just a little too afraid of what people would think as me being black and young and speaking the way I speak. It's not really that common in mainstream music, so now I don’t care. I’m gonna make the music I make and make it mainstream.

SB: You can definitely hear on the album that you're having fun and we love the video. It's just so engaging watching you dance. What do you call your dancing?

JB: [laughing] No, it's not, but that would be a good term for it. It's mainly just a form of expression for me. I've always danced. I used to be in a dance crew coming up and I used to pop and lock and stuff like that, so it's always been inside of me. But like I said, as far as me being creatively shy, to express what I was always holding back for a lot of years but traveling and being more free and living life in a different way has opened my eyes to everything. Even the way I express myself on stage.