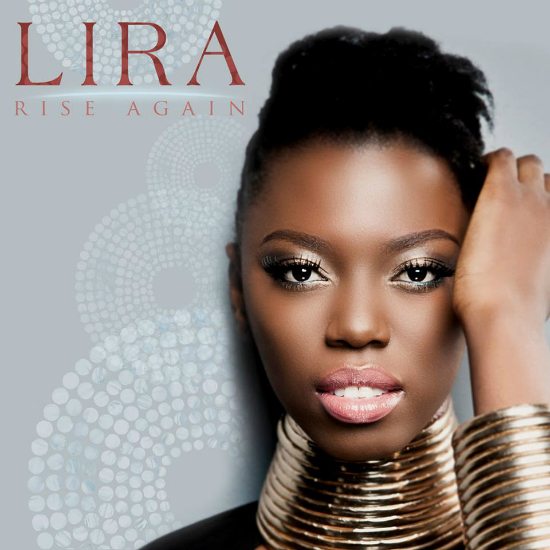 Soul Bounce: You're kicking off your U.S. tour this month, what are you looking forward to as you travel across the States?

Lira: Honestly, just visiting new places. I love to travel, and I think more than anything it’ll be like starting my career from new and it’ll be like introducing a new audience to my music and connecting with new people on that level. So I’m really excited about that. I’ve been doing this for 10 years, and I just feel like it’s going to be a totally different engagement. I don’t know what to expect, but I just want to be myself, do what I do and be authentic and hopefully people will connect with that.

SB: And you've performed in the U.S. before several times, what makes the U.S. audience different from the African audience?

L: You know I find audiences across the world are different, but maybe the U.S. in terms of Africans have been very open. They’re willing to experience new things, which is very refreshing to me. I was concerned that some of my African songs wouldn’t resonate or wouldn’t make sense obviously because they don’t speak the language, but they’re just so open to hearing the stories and hearing the language and they were just fascinated by it all. I really appreciated that. What I tend to do is tell the stories behind the music and it seems to be greatly appreciated, I get a sense that people are just interested, which is amazing.

SB: Do you have a favorite place in the world you love performing?

L: Not really because every place is so different. But let me put it this way, I’ve had two favorite performances this year alone and that was in Cairo and Capetown. But otherwise every place is really amazing; it’s just that those two places took me by surprise. The people in Cairo don’t speak much English and they don’t speak any of the African languages, but they were on their feet, they were singing along and I was just shocked.

SB: Well that just shows how music crosses all borders. And speaking of your album Rise Again is your U.S. debut. This is a collection of some music you’ve already released in Africa so what can U.S. music lovers expect from this album?

L: Well, the reason I decided to go this route is because I’ve got a lot of U.S. fans who engage with me via my social spaces, and I’ve had very random experiences where I’m walking through the airport in the States and someone says "Oh my God, are you Lira? Oh my God, I love your songs." And I’m just like "umm, my songs aren’t even available in this country" but for me it just told me that while I’m moving to the next material, let me give my fans who like the other material time to experience this music live and buy it, and have it available in the States. So when I have my new album we’ll almost have a history together so to speak. It seemed like the logical thing to do. But my music is feel good music, it’s authentic, it’s upbeat, it’s positive and that’s what I’m about. It’s not about sex, it’s not about money, it’s just good old-fashioned great music that I hope will connect with people and that people will draw inspiration from.

SB: And are you working on new material now?

L: Absolutely, part of the challenge is being in the studio long enough. I’ve been traveling this year more than I ever have in my career actually, but it just means I’m never home long enough so after my U.S. tour is the first time I’ll actually get a little bit of a break. I’m aching to get back to the studio. I also know I’ve always wanted a career in the States so perhaps this experience will influence the new album in some ways. I might be able to hook up some collaborations, so it feels like this is the right way round of doing this. You never know what will come out as a result of this experience.

SB: Not a bad list! So I see you’ve been described as the Beyoncé of South Africa, can you think of a time in your career when you had a “Beyoncé moment” if you will?

L: I think that really comes from the productions of my shows. We go all out, and I’m the only artist that can pull off those type of shows that I do. I mean Beyoncé is number one in that sense in the States and so in South Africa, I’m sort of on that level in terms of sales, and I think particularly in live performances. We’re not the same, of course, I have the African flavor, but we usually go all out in terms of production of the shows. I sell out shows more than any other artist in the country.

L: It’s just from the art of live performance, and I can’t wait to do that in the States. You know I’ve garnered enough audience here in South Africa to be able to pull that off, but in the States it’s like starting from scratch. There’s something exciting about that because I think in a way I’ve reached the epitome of what I can do in South Africa, and there’s nothing wrong with that, but I’m hungry for growth and a new challenge so that’s why I’m spreading my wings all over the world.