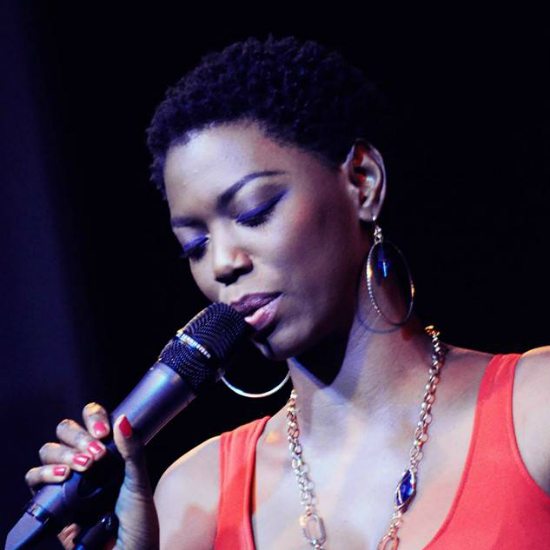 SB: And out of all the places you’ve performed, do you feel like the U.S. is like starting from scratch for you?

L: The U.S. has been a much trickier market than any other parts of the world. Europe is really accustomed to African music. I haven’t tackled Thailand yet, but I feel like they’re a lot easier as a market. The U.S. is like an elusive space that nobody can get right, particularly from the African continent, so I’m like let’s go check it out. And I think what encouraged me more than anything was the fact that I had so many fans that were engaging with me via my social spaces. People would go as far as emailing my management and saying "please can she come to the States?" So yeah, here we are today.

SB: Well, the power of your fans obviously knows no bounds. So if you don’t mind serving as our African music ambassador, how would you describe the African music scene right now?

L: It’s growing at an incredible rate. There are a lot more musicians upping their game. I do wish we had a little more uniqueness because I feel like a lot of the times we’re emulating the U.S. And I understand that’s because there’s so much African-American music being pumped into the African continent. I really wish we had more of a uniqueness to the African culture and music, I just wish it was a bit more distinct, but it’s exciting to see how the awards are coming up all over the place as we’re celebrating artists across the continent. So more and more we’re moving towards a space where there’s this great awareness of what’s happening on the continent. That’s exciting

SB: Any African artists we should put on our playlists?

L: The popular ones, D’banj! [laughs] I’m a proper fan! I love 2Face. There’s a young girl called Lizha James. But again, I love what she’s doing in terms of what she’s conquered, but there’s nothing African about her; there’s nothing signature, but I still respect her hustle. She sounds like a mix of Beyoncé and Brandy, and then again I can’t even hate on that because like I said we almost can’t help it because the influence is so strong. They’re putting more American music on our airways than African music, and that’s something that’s going to take a while to sort out. Sometimes you just get used to a certain kind of sound, and people just accept that as the norm. Even for me, I couldn’t help by being influenced by American music because I grew up on it but you always try to have something that brings you home to your roots. I’m hoping that our generation will be able to flood the airways with our music and will start identifying us as the superstars of Africa and not looking to the American stars. But I see that it’s a slow, long process.

SB: Well, luckily you’re here to help us with that process. So you have some amazing accomplishments, from winning several awards, performing for Nelson Mandela, being on several magazine covers, what's been that "Wow!" moment for you?

L: Oh wow. I think back to 11 years ago when I was sitting behind my desk crunching numbers, having to meet deadlines, and I was like there’s got to be more to life. And I just quit everything. I went for this, and it’s been such an amazing journey that almost every experience, every single day is just filled with stuff that blows my mind. If I had to pick one, I mean, I’ve performed for Oprah, and she took me aside and she’s one of my biggest idols. I’ve been able to perform for Nelson Mandela, and he’s also someone I idolized because I could see the influence from before he was released and after. I’m freer than my grandmother could ever understand. The kind of freedom I experience, my elders will never be able to understand because they were never given the opportunity to grasp that concept. So my perspective of what I’ve experienced is so much deeper than I supposed the average case. It’s proving to be mind-blowing, to be able to do what I love in a country that would not even allow me to dream before. And now I get to travel and get to literally think "oh, I wonder what it would be like to perform in the States," and now I can do exactly that. I can afford to have such thoughts, and now it's possible to go for it.

SB: You kind of cheated, but I’ll let it slide. [laughs] And, of course, our favorite question here at SoulBounce.com, what makes your soul bounce?

L: The fact that I wake up everyday and I do me, and I do it so joyfully and I seem to inspire while I’m at it. That’s my favorite thing!