Watch Jennifer Hudson ‘Walk It Out’ Around The Way 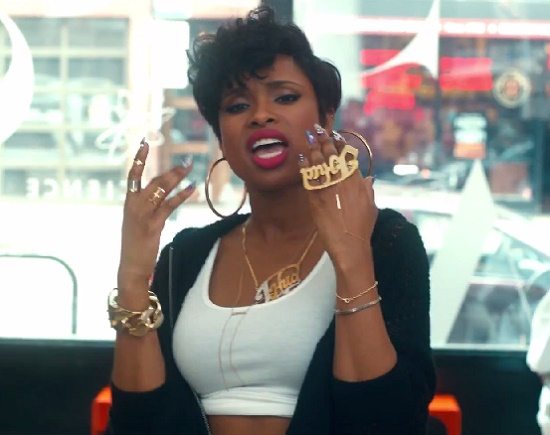 Jennifer Hudson is finally gearing up for the release of  her upcoming third album. But first, she wants to "Walk It Out" for us just a bit. The set's second single first dropped in April and J-Hud's releasing the track's video just in time for summer. It finds the songstress putting on her "Around the Way Girl" steez as she struts her stuff around the 'hood and picks up an admirer or two along the way, including fiancé David Otunga. But even all the ghetto girl affectations (peep her large hoop earrings, sneakers, gold chains and sassy attitude) can't hide the fact that this Timbaland-produced track is still as basic as they come. But, just as with the audio, Jennifer's charm saves this production, making it at least enjoyable to watch. Get yourself a peek at J-Hud with her hood swagger turned up when you press play.


TAGS:  david otunga, jennifer hudson, timbaland
Previous: Mary J. Blige Turns Up In ‘A Night To Remember’ Next: Jo’zzy Is Not ‘Tryna’ Be Somebody’s ‘Wife’