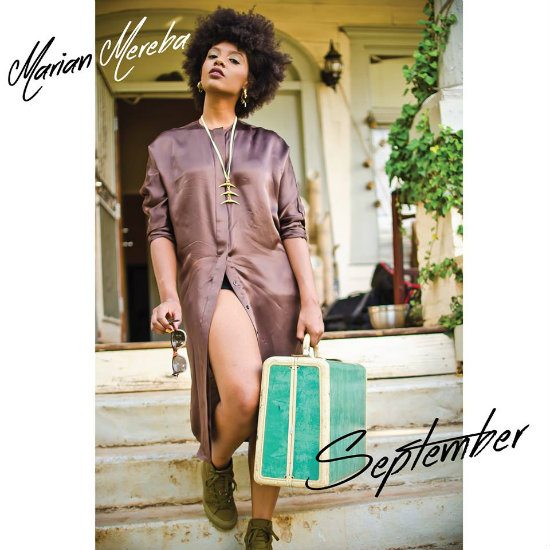 As many of us can likely attest to (this writer included), it's sometimes easy to lose oneself over the course of a relationship. It's usually not until the relationship has met its end that a person rediscovers his/her worth once again. Such is the case on Marian Mereba's latest offering, "September." After being wronged by a lover, Mereba reclaims her Queendom, reminding her errant ex in the process that he "could have had it all." Rather than coming off as a bitter tale of love gone wrong, "September" instead is a story of triumph and the reawakening of self-worth. While the Atlanta-based singer's voice holds traces of Amy Winehouse or Corinne Bailey Rae, Mereba ultimately establishes her own lane on this thumping kiss off.

"September" is the first single taken from her upcoming album, Radio Flyer, due out July 29th. The album is the follow-up to her 2013 EP, Room For Living. Fresh off a stint supporting Cody ChesnuTT during the France leg of his recent tour, big things definitely seem to be on the horizon for this artist who easily proves that there's no use crying over spilt milk.