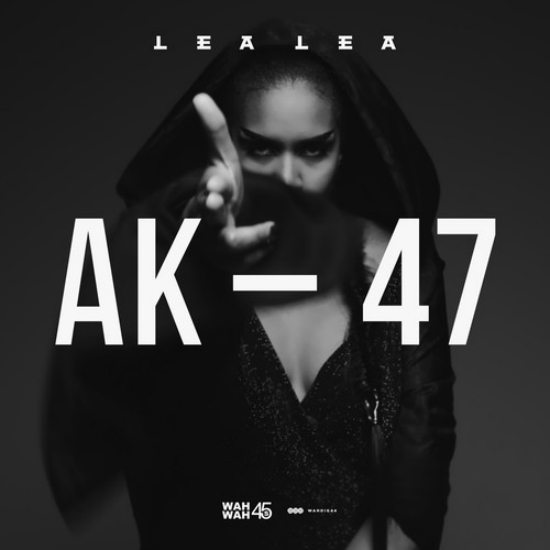 Bounce-Worthy singer/songwriter Lea Lea was first mentioned on these pages in April 2013, and she later released her self-titled debut album in October of that year. One of the tracks that caught our attention was the dark, stammering slice of electro-soul of "AK 47," which is now her official third single and newly released with a remix package. The original swaggered into view with percussion spitting in every direction and a brooding musical backdrop, only given some light relief by the warmth of Lea Lea's vocal delivery. This tale of Mexican drug wars presents an artist unafraid to talk about the big issues but not at the expense of the listening experience.

Alongside the original "AK-47" mix is a remix courtesy of London duo Man Like Me, which ramps up the dance-ability of the track and presents a more light-hearted take, while the remix from US producer Paul Basic offers a dub-step reworking that adds scuzzy, dirty basslines to the mix, making it an altogether nastier proposition. And that's always a good thing.

Nothing prepares the listener for Lea Lea's cover of the Talking Heads classic "Psycho Killer," however. Her rendition makes it colder and more brutal than the original. A sparse piano backdrop accompanied by menacing rat-a-tat military drums sends shivers down your spine. There's a palpable sense of throbbing menace throughout this reinterpretation, and that makes it a killer. This is one single package worth pulling the trigger on.