Adrian Marcel Shows What’s To Come With ‘Weak After Next’ 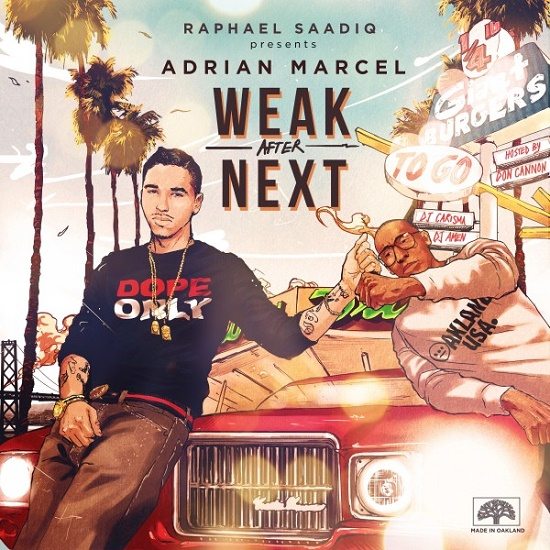 A lot has happened for Adrian Marcel since he first dropped into our consciousness with his first mixtape 7 Days of Weak. The new school R&B crooner gained national attention, was selected as BET Music Matters artist, signed a record deal with Universal Republic, got to showcase his talent to a national audience during this year's highly-watched BET Awards and was added to Keyshia Cole's Point of No Return Tour. A year like that would be exciting for even the most established of artists, let alone someone who was a relative newcomer to the game a little over a year ago.

To capitalize on that momentum, Adrian returns to the mixtape game to gift his newfound fans with his latest mixtape, Weak After Next. The collection finds the singer more assured as he lays it down vocally over modern R&B production. As well, his new star power is evident, as he's landed a pretty impressive guest roster that includes Kelly Rowland, Snoop Dogg, Casey Veggies, E-40, Snoop Dogg, Kirko Bangz and, of course, mentor and friend Raphael Saadiq.

"The new project, I think, really shows my growth as an artist since my debut project and I am very proud of where I am. I feel fortunate to be able to continue to collaborate with amazing musicians and artists and am excited for everyone to hear 'Weak After Next,'" Adrian said to Billboard.

You can stream Weak After Next, with standout tracks like "Honey," "Go" and his own spin on the popular "Girls Love Beyoncé," right here. After you listen, head on over to Live Mixtapes to download the mixtape in its entirety. It's a solid effort and should definitely hold fans over until the release of his debut, #GMFU (Got Me F**ked Up), in February 2015.