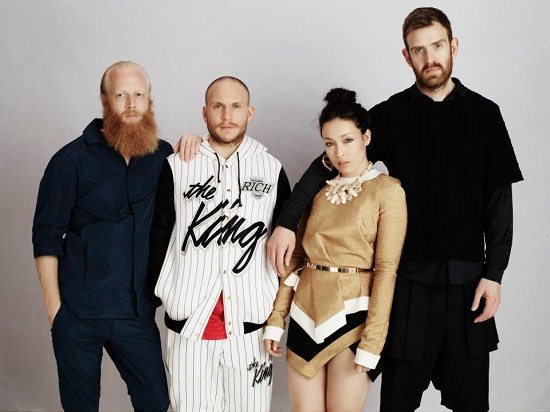 Only released in May, Little Dragon's fourth album, Nabuma Rubberband, is proving to be a remixer's muse as several have put their own stamp on tracks from the album. Now Chad Hugo, the other half of super-successful production duo The Neptunes, has went and taken yet another selection from the album out for a spin.

He settled on the Robin Hannibal-produced "Killing Me," the dark, buzzy, synth-heavy kiss-off near the album's end. Chad decides to keep it synth-heavy, but lightens the mood a bit, making the song sound a tad more bouncy and elastic around Yukimi Nagano's wounded vocal. That's not to say that some of the darkness doesn't remain, though, as the synth flourishes on the chorus and the atmospheric effects he incorporates throughout make the song sound almost haunted.

Does Chad's take on "Killing Me" trump the original? Not quite. But it does offer an interesting new perspective to an already great track. But you don't have to take my word for it. Check it out for yourself right here.