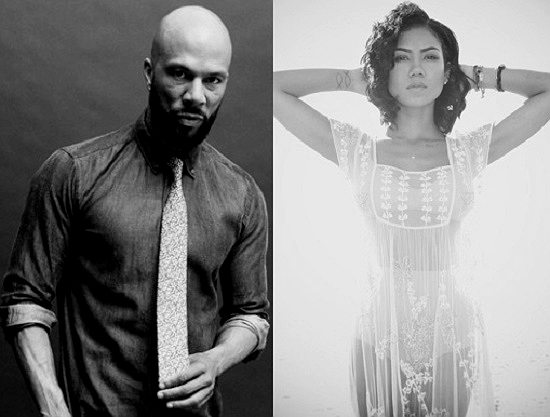 File this one under collaborations I wasn't looking for, but I'm damn sure am glad happened. Common, who's gearing up to release his Nobody's Smiling on July 22nd, teams up with alt-R&B goddess Jhené Aiko to give us a taste of what's in store with the album's latest leak, "Blak Majik." The track begins with Com's screwed-up voice chants "black magic" before Jhené's feathery soft one joins in, providing an interesting contrast before Com begins to spit ferociously over No I.D.'s static-y beat. The ominous, minor chord bump of the song keeps within the realm of other songs we've heard from the set, especially the set's lead single, "Kingdom." Still, despite the somberness of the production, this is a track that warrants repeated listens, as Common is in fine lyrical form and the way Jhené is utilized here is the perfect counterpoint to the gruff sound.

With this and the other previously released tracks,  Nobody's Smiling is looking to be the hip-hop album of the summer. If you live in NYC, you have a chance to hear what magic's Com's got up his sleeve at the album release concert on July 21st. Those of you not in New York shouldn't fret, though, as Yahoo! Live is streaming the show in its entirety. While you wait, go ahead and bump "Blak Majik" right now.


TAGS:  audio, common, jhene aiko, no i.d.
Previous: Morning Soul: I Decided I Can’t Let Nobody Hurt Me Again Next: Adrian Marcel Shows What’s To Come With ‘Weak After Next’