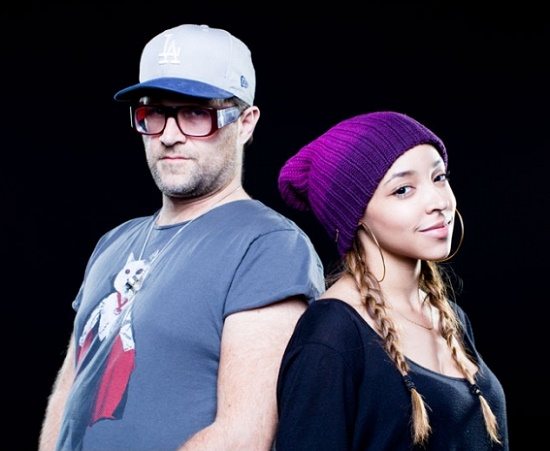 Fresh off driving the production for Kelis on her most recent project, FOOD, TV On The Radio's Dave Sitek is pairing with another R&B starlet. He teams with up-and-comer Tinashe in conjunction with Dr. Pepper for their One of a Kind Studio Sessions to make their sultry track "Xylaphone." The song differs drastically from the throwback soul sound that Sitek crafted with Kelis. Instead, he leads Tinashe into almost pop rock waters with a chugging guitar rhythm that plays nicely with Tinashe's breathy vocal. However, there's still a definite R&B vibe going on here, brought on mostly by the programmed drum loop, which knocks quite nicely and gives the song some much needed edge.

"Xylaphone" is being offered by Dr. Pepper as a free download, but it can also be found on Dave's own EP, At Any Cost. Before you go clicking on that download button, though, press play and take a listen to the magic that Tinashe and Dave bring on the track.


TAGS:  audio, Dave Sitek, kelis, Tinashe
Previous: Heston Is Ready To ‘Resign 2 U’ With A Little Help From Reel People Next: FKJ & Madelyn Grant Give Us The Mellow Summer Jam We’ve Been ‘Waiting’ For