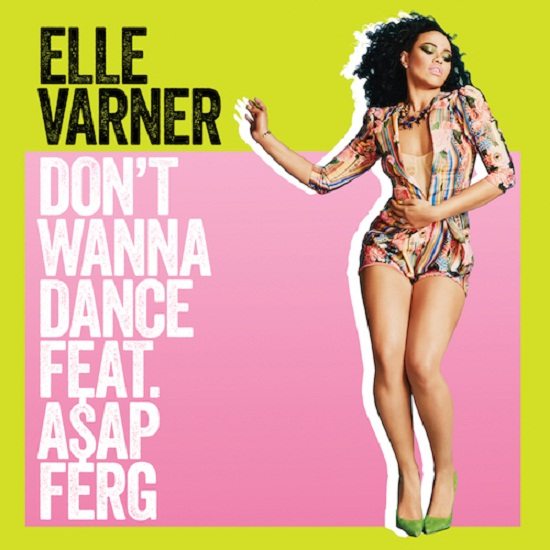 Elle Varner's been prepping us for her upcoming sophomore effort, 4 Letter Word, for quite some time now. It's only fitting, then, that Elle is finally releasing the set's official first single, "Don't Wanna Dance." Following along the lines of her previously released tracks -- "Rover," "Cold Case," "See Me Tonight," "Little Do You Know," “F**k It All” -- "Don't Wanna Dance" finds Elle trying to put on a smile to mask her broken heart. "I've been here for much too long/I don't really wanna dance and I hate most of these songs," she sings over a sample of The Jimmy Castor Bunch's "I Just Wanna Stop" before stating bluntly that she should've stayed her "ass at home." And while she's being a bit of a wet blanket here, who hasn't said these exact words a time or 10?

The '90s hip-hop feel of the song is further bolstered when the raspy-voiced singer is joined by A$AP Ferg, who reminds her that while she's out having a bad time, she could be snuggled up with him watching re-runs of Martin. Cute.

While the song is enjoyable enough,  I'm not sold that this is first single material, as a couple of her previously released tracks ("See Me Tonight" and "Cold Case" in particular) were much stronger. That being said, we're still smitten with the talented Ms. Varner and look forward to what else she's bringing on 4 Letter Word.


TAGS:  A$AP Ferg, audio, Elle Varner, The Jimmy Castor Bunch
Previous: Spend Some Time ‘After The Dance’ With Q-Tip, Tittsworth, Theophilus London & Alison Carney Next: Take A Listen To The Dangerfeel Newbies ‘Always With Me’