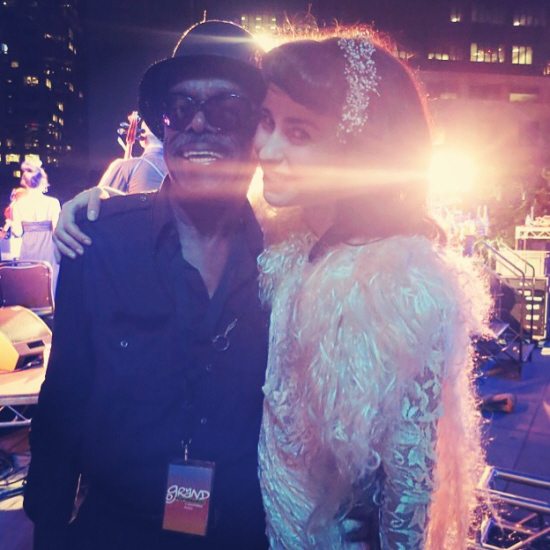 While we were doing boring, normal people things this past weekend, Kimbra was in Los Angeles soaking up girl power awesomeness all in tribute to the late and great Minnie Riperton. Kimbra joined SB faves such as The Decoders, Mara Hruby, Nia Andrews, Coco O. of Quadron and multiple others at LA's Grand Performances venue to celebrate the music of one of soul's grandest dames, and from the sound of things, the Adventures From Paradise event was something to bear witness to. Wanting us peons to share in the earth-shaking moment, Kimbra has uploaded her rehearsal take of her cover of the evening, Riperton's 1976 classic "Inside My Love."

Okay, I know what you're thinking, everybody and their mama has done this cover. Heck, didn't we hear this from Deliah about two years ago? Yes, we've heard it, but it never gets old to hear this steamy stunner re-imagined by a new voice, and while Kimbra recorded this rehearsal by way of her iPhone, you can tell that she put a lot of tender loving slay on it. She even topped it off with some Riperton-esque whistle registers just in case you didn't think she could do it. We won't be with this raw take for too long as Kimbra plans to release a shiny and HD visual of the actual performance soon, but she better get to moving, because apparently the legendary Leon Ware (who co-scribed and produced "Inside My Love" with Minnie way back when) joined Kimbra on stage for an impromptu cameo. Yeah, we're not worthy. [H/T: Kimbra's Catacombs]