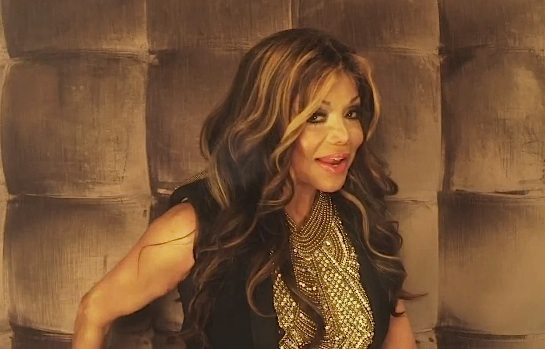 La Toya Jackson, who was last heard from in 2009 on “Home” her tribute to her brother Michael Jackson, has returned to the spotlight with “Feels Like Love.” But don’t think it’s a throwback to the days of “Heart Don’t Lie,” “Bet’cha Gonna Need My Lovin’” or “You’re Gonna Get Rocked.”

No, “Feels Like Love” has been Auto-Tuned and packaged with a club-ready beat. It follows more in the footsteps of fellow reality star Kim Zolciak’s “Tardy for the Party” rather than brother Michael or sister Janet Jackson’s iconic catalogs (while potentially putting a dent in dance music’s credibility, but I digress).

For the song's music video, at times La Toya seems like a deer in headlights, both in curious facial expressions and also at the abundance of attention she acquires as she executes her choreography. But she also exudes confidence — nay, conviction — while writhing against a wall and demanding, “Now I want everybody, in every country, to stand up and do what I say.”

With proclamations of being a “freak,” this may be one track that’s best left on the dance floor where its camp value will truly be appreciated.


TAGS:  janet jackson, kim zolciak, la toya jackson, michael jackson
Previous: Morning Soul: I Don’t Care What People Say As Long As You And Me OK Next: Smokey Robinson & Mary J. Blige Enjoy ‘Being With You’