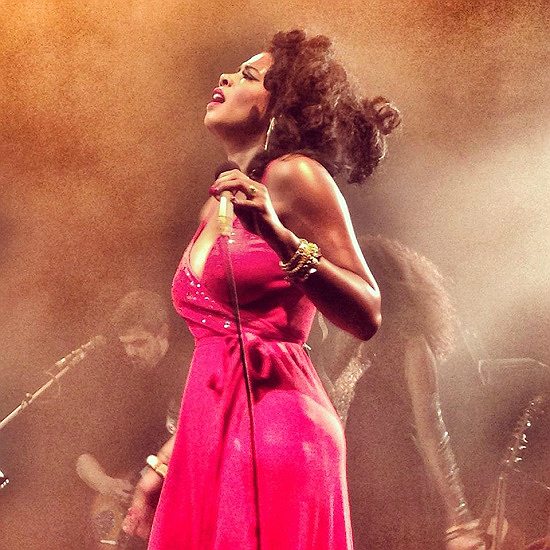 Having already dropped her latest album, FOOD, back in April, Kelis is gearing up to release her Friday Fish Fry EP, full of remixes to her bluesy stomper of the same name. We've already had the opportunity to sample what Thievery Corporation's Rob Garza did with the track, and now we get a taste of what DJ duo Maribou State and their partner in sound Pedestrian can do.

Chilling the sound out even further than Garza did, the threesome's take winds darkly around minor chords and eerie guitar as Kelis' reverbed vocal bounces around as if it's echoing off the walls of an empty room. Still, even with the slightly calmed groove, Kelis' fiery growl still manages to rise through the chilled atmosphere and ignite the song all the same.

If you're liking what the remixers have done with "Friday Fish Fry," then you'll love the six-song remix EP that arrives July 15th. It not only features this and Garza's take, it also includes the single's radio edit as well as two additional remixes to satisfy your appetite for Kelis. Take a listen to Maribou State and Pedestrian's remix and be sure to pre-order the EP on iTunes now.