Robin Thicke Enlists A Few ‘Crazy’ Kids To Help His Cause 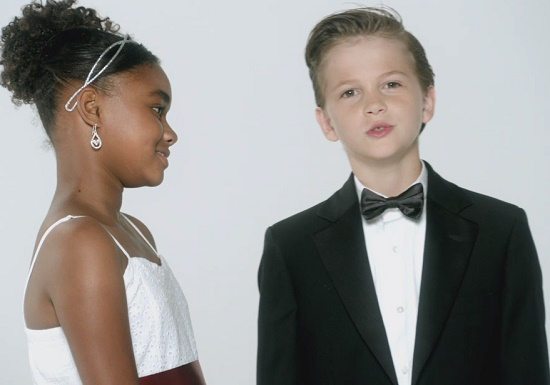 In case the past few months of begging and pleading haven't told you anything, Robin Thicke is a desperate man. So desperate, in fact, that he's willing to resort to his most shameless ploy yet: Children. After appearing bruised and battered (and telling all his text message business) in the clip for "Get Her Back" and employing cutesy animation for the "Forever Love" lyric video, he turns to the babies to help further drive his point home in the clip for "Still Madly Crazy."

The youngsters stage a fake wedding in the clip as they sing along to Thicke's heartfelt and thankfully innocent lyrics with vigor and gusto. And while the singer himself doesn't appear in the clip, he of course has stand-ins for himself and his estranged wife, Paula Patton. It's honestly all a heartwarming affair, as the kids play around and even give speeches to the pint-sized bride and groom ("You remember what happened in Vegas, right?" one precocious little girl says as the rest of the pretend bridal party cover their eyes, shake their heads and moan "No!") before it all devolves into a silly cake fight at song's end.

It remains to be seen if the recently-released Paula will be enough to sway Paula's heart, but if these cute kids can't do it, then not much else would.


TAGS:  paula patton, robin thicke
Previous: Raphael Saadiq Pays Tribute To Bobby Womack With ‘Gonna Miss U’ Next: Will You ‘Dance’ With Tank?