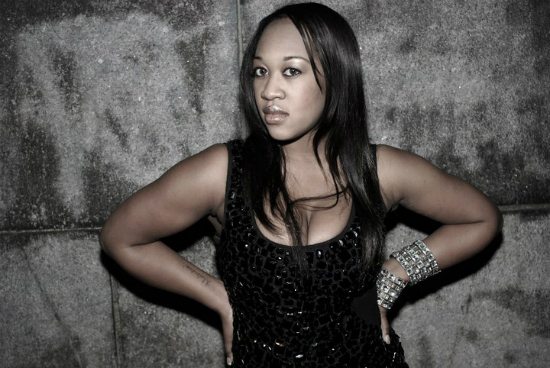 While she continues to work on an album of new material, Summer Williams is doing her best to keep us entertained this month. First, she gave us a soulful preview of (possible) new album material, and now she returns to her “boom bap” style with her latest release, “The Black Album Tribute.” Yes, that The Black Album -- the critically acclaimed, top-selling 2003 album by Jay Z.

The hip-hop soulstress and her band put their spin on “Public Service Announcement,” “Dirt Off Your Shoulder” and “Encore,” crafting a rework with Jigga's beats and Summer's lyrics. Now, I understand that the word “tribute” can mean different things to different people (any Hunger Games fans out there?), but in my book, a five-minute long three-song medley barely qualifies. Am I right or nah? Petty grievances aside, I’d still recommend you hit the play button, and here’s why: you'll get to hear actual musicians playing hip-hop music. There's just something about the gritty realness of a live band that perfectly complements the raw energy of hip-hop. And Summer brings vocals that are strong enough to command our attention as we groove down hip-hop memory lane. While I'm a bit puzzled as to why they ended a tribute to Mr. Carter with a nod to A Tribe Called Quest, when it's all said and done, you may find yourself hoping for an encore. Check out Summer and her band in action with both audio and video below.


TAGS:  a tribe called quest, audio, jay-z, summer williams
Previous: Fall In ‘Love? Yeah!’ With J*DaVeY All Over Again Next: Kitty Cash Rounds Up Some Heat For ‘Love The Free Vol. II’