Take A Puff On Raury’s ‘Cigarette’ 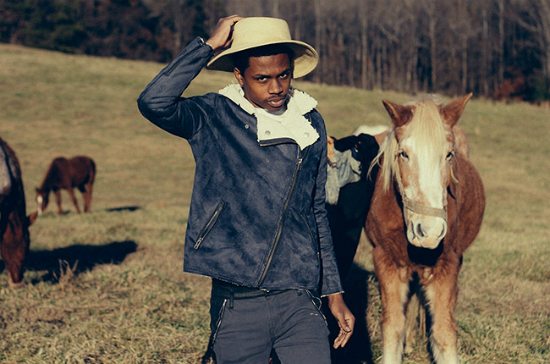 Smoking is not my thing. I don't look sophisticated like Bette Davis in that one iconic scene or look viciously photoshoot cool a la Rihanna. I cough. I sputter. I look foolish, water coming out of my eyes, looking flushed; it's not pretty. Still as a non-smoker, I can appreciate a good metaphorical ode to rocky romances and nicotine sticks, and 17-year-old singer and songwriter Raury truly lights up (*rimshot*) right on his latest single that is about all that stuff and more.

Success has come quite quick for the Atlanta native as his previous single, "God's Whisper," released just four months ago caused quite a ruckus on the interwebs, with songs "Bloom" and "Sunshine" also on deck. He even secured spot at OutKast's three-day homecoming party,#ATlast this September like the lucky duck he is.

Speaking of of OutKast, Raury channels a little of Andre 3000's suave eclecticism on "Cigarette Song" as he gives us a song we have to open our minds wide about. I'm not kidding. There's a lot to chew on here, as it peaks and valleys along, the tempo beginning lush and acoustic, then it turning a sharp corner into grinding guitars and wave-crashing percussion, and then tapering off into a piano-led waltz. Raury and producer Daytrip definitely keep us busy as "Cigarette Song" bursts with energy, classic soul practices and crisp ideas, but it's worth nestling into each melodic nook and the end result has me quite excited to hear his what he'll dish out next when his debut EP, Indigo Child drops later this year. As Raury comments on his SoundCloud, "everyone has an addiction," and this song may be it for me right now.


TAGS:  andre 3000, audio, Daytrip, outkast, Raury
Previous: Get A Behind-The-Scenes ‘Look’ At The Life Of Daley Next: Yam Who? Reworks A DJ Jazzy Jeff & The Fresh Prince ‘Summertime’ Classic